Start a Wiki
The Nanabi (七尾, Nanabi; Literally meaning "Seven Tails") is a ferret with seven tails. The Nanabi uses Earth Release Ninjutsu. This Tailed Beast pet can be claimed by purchasing a Ninja Emblem, 2,200 Tokens, or 7,500 Tokens between February 2, 2012 to February 15, 2012.

On February 2, 2012, the Nanabi was featured in the Pet Shop as a defensive pet and could be purchased with 5,500 Tokens. 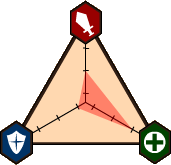 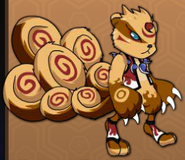 Nanabi in the Tailed Beast menu.
Add a photo to this gallery

Retrieved from "https://ninjasaga.fandom.com/wiki/Nanabi?oldid=37686"
Community content is available under CC-BY-SA unless otherwise noted.