Between May 17, 2012 and May 30, 2012, Kyubi and Hachibi became re-available as a first prize reward for the Special Minis Machine event.

The Kyubi returns again on November 25. 2012  to? in Thanksgiving 2012 .Kyubi could be obtained by giving 50 friendship kunai. 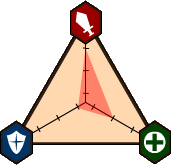 A still sprite of Kyubi.

Kyubi's profile with no skills unlocked. 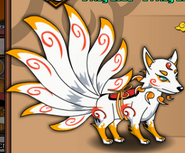 Kyubi in the Tailed Beast menu.
Add a photo to this gallery

Retrieved from "https://ninjasaga.fandom.com/wiki/Kyubi?oldid=38996"
Community content is available under CC-BY-SA unless otherwise noted.