Start a Wiki
Genzu (ゲンズ)  is a male non-player character who specializes in Genjutsu and Thunder Ninjutsu. He gives you Missions in the Mission Room. He is known as the "Genjutsu Genius of Fire Village" as stated by Kojima during the final part of the Chunin Campaign.

Genzu first appears in the Grade C Mission "Fake Worshippers". In the mission, White Monks requested assistance from Fire Ninja since Wandering Monks were disturbing them and the White Monks wanted them to go away.

He also helps the player and Shin during the final part of the Chunin Campaign, fighting against Kojima and Anaki. 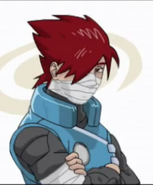 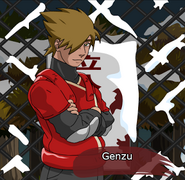 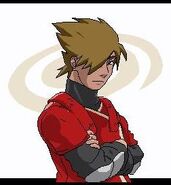 Genzu Beta
Add a photo to this gallery

Retrieved from "https://ninjasaga.fandom.com/wiki/Genzu?oldid=39292"
Community content is available under CC-BY-SA unless otherwise noted.